Comics by the Sea Saturday May 30th saw the University of Sussex play host to the fantastically named British Consortium of Comic Scholars Tea Party. This one day event was the inaugural BCCS symposium, which is a posh way of saying that this was the first day of comic and graphic novel chat that the BCCS had organised.

The British Consortium of Comics Scholars was created by PhD students at Sussex University so they had a forum in which they could discuss their comics research. I must admit I hadn’t heard of the BCCS before I saw a link to the event on Twitter. The programme promised tea, cake, and comics. What’s not to love? I booked a place.

The day kicked off with a discussion of British comics in relation to the international scene. Some lucky BCCS members reported back on their experiences at Angouleme, the largest annual comics festival in France. There was general agreement that although comics aren’t always treated as seriously as they might be in the UK. But also agreement that on the plus side, there was a wide and very healthy variety of storytelling styles in comics in Blighty. After lunch, the subject turned to ‘Comics and Research’ with presentations including Professor Will Brooker on his evolving graphic novel ‘My So-Called Secret Identity’. Central to this project is the idea of female comic creators moving centre stage to work on a realistic(ish) central female superhero character. Volume Two is on Kickstarter now.

Professor Brooker noted with frustration that the New 52 revamped DC universe was probably even more sexist that the older tradition DC multiverse that preceded it. I’m hoping that perhaps the post-Secret Wars revamped Marvel Universe will do better when it’s relaunched at the end of the summer. Both matter because Marvel and DC Comics are the most visible form of comics and graphic novels in the west and how they treat and how they portray their female characters determines if half the population, like my seven-year old daughter, will ever pick up a comic or not.

Among the other speakers, the enthusiastic and energetic Dr Ernesto Priego introduced the audience (well, me anyway) to a fantastic resource called the Comics Grid an online journal of comics scholarship. In practise it’s an academic website with free access articles about comics and comic theory. There’s a link below if you fancy losing an afternoon or three trawling through the excellent articles.

Next came a break for tea and cake. Once back in our seats, Sarah Lightman told us what we’d just unwittingly eaten when she revealed that the cake had contained edible feminist texts that had been baked into it. Talk about having your feminist texts and eating them too.

The final session of the after noon was “Life experience in comics form”, in which a mighty menagerie of artists and cartoonists each gave a short fifteen minute talk. The talks were as varied as the different artists motives and techniques.

Among others, young Londoner Sofia Niazi, spoke about her recent work exploring how the west’s post 9/11 measures have affected the lives of the city’s Muslims. Kate Evans spoke about her very personal cartoons and comics about protest and experiences of motherhood including her book about breast-feeding, The Food of Love. The Guardian’s Steven Appleby rounded off the session with a talk about his life and the inspirations for his surreal cartoons on the darker undercurrents of modern life. “I’m setting out,” Steve said, “to leave a little thought in the world.”

The day ended with a wine reception and the chance to chat for the hosts and guests alike. Paddy Johnston, one of the BCCS organisers told me that he thought “comic studies today was about where film studies was perhaps thirty years ago. It’s a growing field but there’s still not really a great deal of it around.”

Special thanks to BCCS organisers Nicola Streeten, Paul F. Davies and Paddy Johnston for a great day. It was a fascinating gathering and I hope they do another.

One of the speakers, Ernesto Priego put together an excellent Storify version of the event through the associated tweets that you can find here:

And Professor Will Brooker’s My So-Called Secret Identity volume 2 has just fully funded on Kickstarter and can be found here: https://www.kickstarter.com/projects/mscsi/my-so-called-secret-identity-volume-2?ref=nav_search 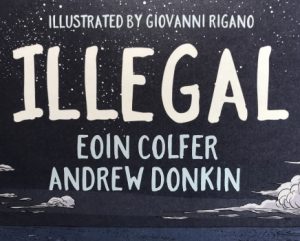